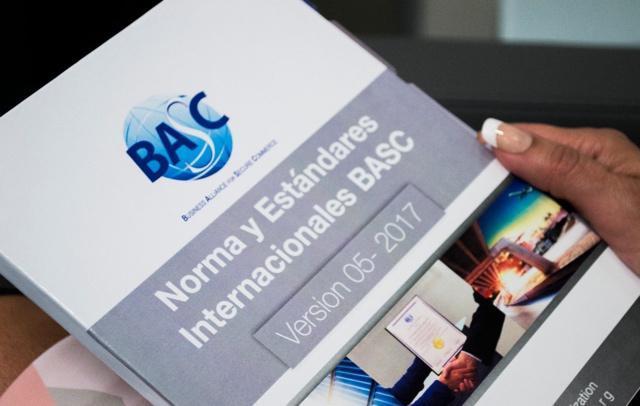 On March 15th, 2018, the World BASC Organization (WBO) launched the latest edition of the BASC International Norm and Standards, its fifth version, referred to as V5-2017. This version is the product of one of the most significant projects ever undertaken by the WBO in its 20-year history.

This new and enhanced version was developed to meet the current challenges of global trade and to permit the integration of different security initiatives and programs developed by both Customs and the business sector around the world. This new version also reaffirms the role of BASC as a leader and model in a company’s efforts to promote trust, based on integrity and competence, as a fundamental element in their commitment to secure processes throughout their International supply chain.

The WBO’s Technical Committee, under the leadership of Fernando Duque, Executive Director of WBO, was responsible for reviewing and updating the new standards. The process included input and feedback from key BASC stakeholders, such as certified companies, chapters Directors and international auditors. This combined effort contributed to the success of this endeavor and resulted in security requirements that are understandable, precise, and easy to apply and maintain.

In order to adapt to the requirements of the fifth version of the BASC International Norm and Standards. Companies will have, as of March 15th, a period of one year to transition to the new version. During this period, companies may request to be validated under either version, V4-2012 or V5-2017. Starting April 1st, 2019, all certifications will be based solely on the implementation of the V5-2017 BASC Norm and Standards.

According to Mr. Alvaro Alpízar, President of the Board of Directors of WBO, “the implementation of the new BASC Norm and Standards, reflects favorably on a company’s commitment to promote and integrate “trust” throughout their international trade processes.”

The World BASC Organization has reached this important milestone with the goal of ensuring that BASC continues to be the supply chain security model, that for more than 20 years has promoted a standard, methodology and tools necessary to strengthen the security and trust pertinent to each link in the global supply chain.